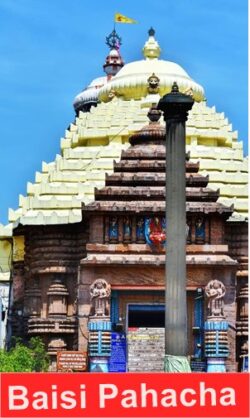 The size and structure of Baisi Pahacha are described by different historians and Pandits in the period to period and their view is different from each other.

As per Puranic view there 22 steps but currently 18 steps are directly visible but after including two steps towards Anada Bazar it is 20 and two steps 21 & 22 are towards Rosasala (Kitchen).

The height and width of steps are 6ft and length is 70ft but some steps are 15ft in width (18th step) and some steps are rounded in shape and less than 6ft. These steps are made of Felspar and Khodalite.

One black stone popularly known as Yama Shila is engraved into the middle of the 3rd step. The following is the belief about the “Yama Shila” in Jagannath Sanskruti.

As per Puranic view, the devotees must put their steps in this stone when they are entering the temple to get relief from Yama Danda (Punishment from Lord Yama) and also avoid putting their steps in the stone while they are returning because it is believed that the “Punya” will take away by this stone.

As per Brahma Gyani Sadhaka, the Bramha is inserted in the Daru Murti after 21 days so it is required to cross 21 steps to Darshan of the Bramham. So 22 steps represent this.

There are 18 Purans and 04 Veda in Jagannath Sanskruti So 22 steps are built to represent the Purans and Vedas.

Some other scholars gave their opinion that 22 steps represent the 14 Bhuban (07 Loka & 07 Patala) and 08 Baikuntha.

The Darubrahma Sikhar at Mahendra Giri Mountain has 22 steps from where some Sabara (Jara sabar caste) caste people came to Puri during the Chola dynasty. According to this 22 steps are built in Srimandir.

The Jainism believes that 22 steps are the symbolic representation of their 22 Tirthakars. So when they enter into the Srimandir through Lion gate, they touch each step and then touch their head as a respect to their Trithankars.

Name of the Baisi Pahacha (twenty-two steps) of Jagannath Temple

Baisi Pahacha (twenty-two steps) is the holy steps and the devotees need to be crossed these steps to Darshan the Supreme Power Lord Jagannath and get the blessing from the deities. In Jagannath Sanskruti Loka Katha, different Purans, Sastras, and the opinion of different Scholars about the Baisi Pahacha is very positive.

The inner feeling which comes into your body while you climb the Baisi Pahacha is very wonderful and it will not be possible to describe the feeling in words. So we suggest after analyzing all the facts and opinions that these twenty-two steps are a path to Darshan of Darubramha. The following 22 letters Odiya Mantra need to be recited while climbing the Baisi Pahacha as per Jagannath Sanskruti. 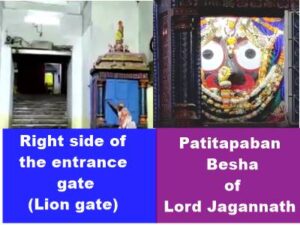 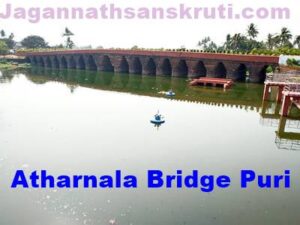 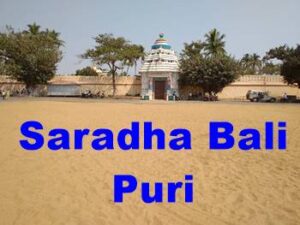 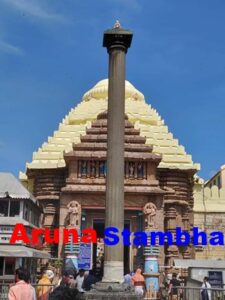 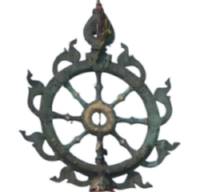 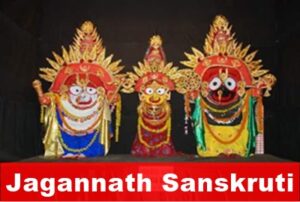 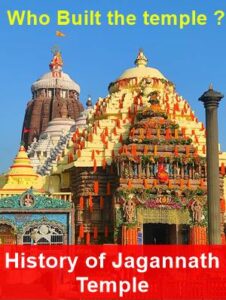 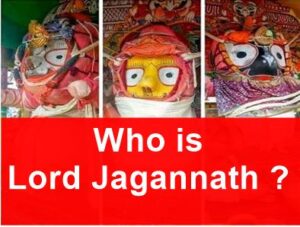 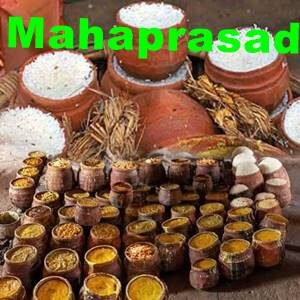